Resurgent Vineyard lies at an elevation of 1440ft. on the floor of the valley of the S. Fk. WW River; approx. 5 miles ESE of the town of Milton-Freewater, OR.

The NE section of the vineyard is situated on a small alluvial fan composed of rocks derived from erosion of the basalt exposed on the hillsides above the vineyard.

The climate has cold wet winters and hot dry summers.  Due to its location in the Blue Mountain foothills, Resurgent receives above average rainfall in comparison to the WW Valley vineyards.  The average growing season temperature is 62.8F with average growing degree days of 2990.

The complex cobblestone, basalt and cool temperatures in the valley have provided a unique elegance to our wines that are enjoyed from the moment of bottling to years in the future for aging. 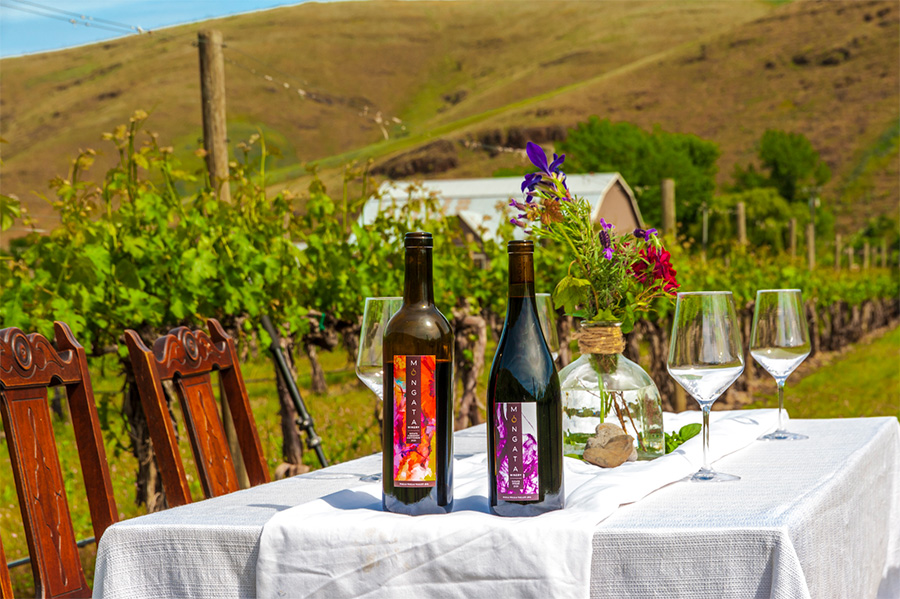 ABOUT THE WALLA WALLA APPELLATION & VALLEY

HOST YOUR SPECIAL EVENT AT OUR VINEYARD AND WINERY

Located just 15 minutes from Walla Walla, our 16-acre vineyard sits in the Blue Mountain foothills with the Walla Walla River running through the property. Views of the valley and mountains from the vineyard are breathtaking.

We invite you to learn more about hosting an event with MONGATA Winery.